Data Science, data analytics, algorithms and artificial intelligence. Until a few years ago, many of my friends, acquaintances and family members didn't really understand what I was doing on a daily basis. Surely that's a lot different now. A simple reference to the self-driving car, or the algorithms of social media platforms, is usually enough to quickly and easily explain my activities.

This reflects very well how our living environment has changed greatly in recent years. Data collection, processing and storage, data science, and all kinds of artificial intelligence, are seeping further and further into our society. More and more products and services are using algorithms, whether or not they are visible or known to the users.

In itself, this is nothing new. Artificial intelligence techniques have been used for years in the manufacturing industry and capital markets, for example. But also our own management industry, we apply algorithms via credit scoring for several decades.

Yet all of this remained a bit more behind the scenes. However, with the democratization of data science over the past few years, several eye-catching applications have emerged, which have a very nice social impact. In healthcare, for example, but also in making some business processes more efficient, thus reducing the workload on employees.

However, the combination of AI and data science has not brought purely positive developments. For example, a well-known company in the US had to stop using AI for recruitment. Recently, two large companies also suffered a series of lawsuits because their algorithm for granting credit limits, discriminated in some way. Or IBM's recent move, the sale of Watson, because the development of a relevant and performing AI system seemed more difficult than expected after all. Moreover, the reality has sunk in for many companies in the U.S., who very enthusiastically started to expand data science teams a few years ago, that developing high-quality, business-relevant, fair and ethical algorithms is not at all as easy as thought after all.

It is therefore not surprising that various governments have studied data science and artificial intelligence, in all its forms and applications. For example, UNESCO(1), ISO(2), the World Bank(3), and the European Commission(4) are busy drafting guidelines and/or regulations for the use and applications of AI.

In most cases, this clearly emphasizes the importance and useful applications of AI, but with the understanding that the AI must be 'fair', 'ethical', 'inclusive' and 'non-discriminatory'. Moreover, that because of the 'back box' nature of some data science techniques, explainability ("Explainable AI" or 'xAI' for short) and transparency, is of great importance.

Directives of the European Commission

The most important initiative for us as residents, is the directive that the European Commission brought out in a first version in 2021. It may be finalized later this year, after which the directive can be transposed into national legislation.

In developing the directive, the EU has clearly chosen to classify AI systems according to their risk profile. For example, 'social scoring' or the use of biometric applications falls into the 'unacceptable' category. The second category is the so-called 'high risk AI', for which the proposal sets clear rules - and also fines. The third group is that of 'limited' risk. This includes, for example, chatbots. For this too, certain transparency rules are proposed. The fourth and least risky group includes e.g. computer games and spam filters.

Credit Scoring, as a technique, falls under the 'high risk' group according to the EU, because it could potentially exclude entire groups of people from various forms of credit. Thus, aside from some exception for SMEs, who would use AI-driven credit scoring for their own use, any credit scoring system, must comply with the rules for the 'high risk' AI.

At first glance, then, it would seem that the EU is strictly restricting the use of credit scoring, to the point where its use would no longer be possible. Nothing could be further from the truth, however.

Indeed, the EU does not prohibit the use of data science to develop credit scoring. It does, however, outline a clear regulatory framework, within which the use of AI for credit scoring must take place.

The rules imposed, as with other national and supranational institutions and governments, concentrate mainly around the concepts of fairness, ethics, human control over the system, transparency and explainability of the system, and avoidance of discrimination. Incidentally, these rules apply not only to the deployment of the data science technique, but also about the data itself used to develop and feed such AI systems into everyday use.

During the many years that I have been active in credit scoring, we have already been actively applying the principles that the EU now wants to include in the legislative framework. And this for both the B2B and B2C solutions that we have built across Europe (and also in other parts of the world). I myself have also been able to observe (and have had to correct) the effects of 'erroneous' models. On the one hand because the dataset was qualitatively flawed, on the other hand because the data scientist did not make the right choices when working out the analyses on the data. The principles and concepts put forward by the EU are therefore logical and correct. The extension of the regulations to the data is also correct and essential from this point of view.

Just like the examples above, the use of data science in credit management is not as simple as it seems at first glance. Knowledge, skill, experience and, above all, the sense of reality of the data scientist(s), are key points that cannot be ignored. As far as I am concerned, it may even go a little further. And particularly around working out a good explainability of the 'black-box' AI systems. A lot of research is currently being done by companies and academics, but it has not yet come to making these systems truly transparent. Moreover, it is not just about xAI, but certainly also about 'controllable AI'. Because only when you can really control the 'black box' system will you be able to deploy it successfully.

We as Altares Dun & Bradstreet have really made steps here in recent years,and have come a long way for thorough 'explainability'. We also now have the knowledge of how to really check those 'black box' systems, rather than the computer checking us.

Our experience shows that it is certainly not impossible to build a good, high-performance AI system for credit scoring that is fair, ethical, transparent, explainable, and can pass the regulatory test. It is true, however, that this requires the necessary time, attention and investment. The crucial factors here are once again knowledge and skill, experience and a sense of reality. But it also requires a multidisciplinary approach. An approach in which the data scientist is asked to build a model in the proverbial ivory tower should be avoided.

An evolution that strengthens the industry

As part of the preparations for the directive, the EU also made estimates of the investments that would be involved in the elaboration of a "high risk" AI system. At first glance, these appear to be considerable sums of money. However, looking at what a well-developed AI system brings as added value year after year, continuously, it is well worth it. If you are just starting to apply data science, it can all seem a bit overwhelming. The important thing here is that to enjoy the benefits of AI in credit management, smaller steps can often lead to great results. The dream and goal of the whole complex, all-encompassing and self-sustaining system can certainly remain on the horizon. But as always, it is then a matter of working towards this step by step.

By using AI innovatively and correctly as a credit management branch, taking into account the laws and regulations, we will be able to do society a great service. After all, credit is and will remain the necessary oil to keep the economy going. And it would be disappointing if this endeavor were to be undone by the application of negligently developed AI systems.

Looking at the whole evolution around data science and AI, I personally expect that this year we will not only get the further elaborated directive from the EU, but also other governments and institutions, will make steps with the elaboration of laws and regulations. Furthermore, the supervisory bodies will also start to organize themselves in order to carry out their task. But that need not spoil the fun for us. And it will also ensure that the proverbial 'cowboys' do not illegally cheat the players who do follow the rules. 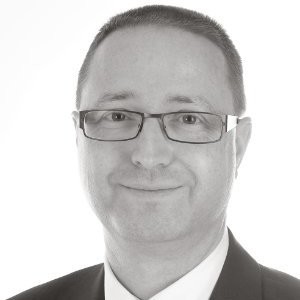 July 2022 barometer: another drop in bankruptcies

The Credit Summer Event 2022: The event for the credit professional